Part 3 in the series on supermarket disruptors.

What’s happening with Walmart? While doing an online search, I recently stumbled upon this headline from Forbes, “Walmart Moves from Traditional Retailer to High-Tech Innovator.”   I’ve always viewed Walmart as a very traditional, brick and mortar retail chain that is best known for low prices so the “high-tech innovator” descriptor surprised me. What has changed? One word describes it best – Amazon.

The main difference between Walmart and Amazon is that 90% of the US population is within 10 miles of a Walmart. But brick and mortar can’t compete with consumers, especially Millennials, demand for online convenience. 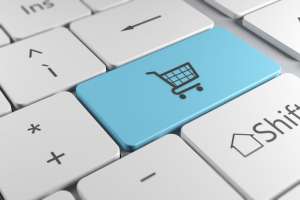 That’s why for the past two years, Walmart has been making a giant technology leap forward with a series of strategic acquisitions starting with Jet.com in 2016, under whose leadership they have purchased e-commerce startups across footwear and fashion. This includes Bonobos, Moosejaw, ShoeBuy and ModCloth to name a few.

Launched in 2016, Jet‘s main customer base is the urban millennial — a slightly more affluent demographic than the typical Walmart customer which explains the purchase of these ecommerce sites who have a similar focus.

Jet grew so rapidly that it raised $500 million in venture capital funding and only 13 months after the site’s launch it was purchased by Walmart. The influence of Jet’s technology has become more and more apparent with these digital changes:

Who knew that this very traditional retail giant could so quickly become “Walmart HQ,” turning to advanced technology to compete in a fast-changing marketplace?

Look for more updates as we continue to monitor these supermarket disruptor trends.